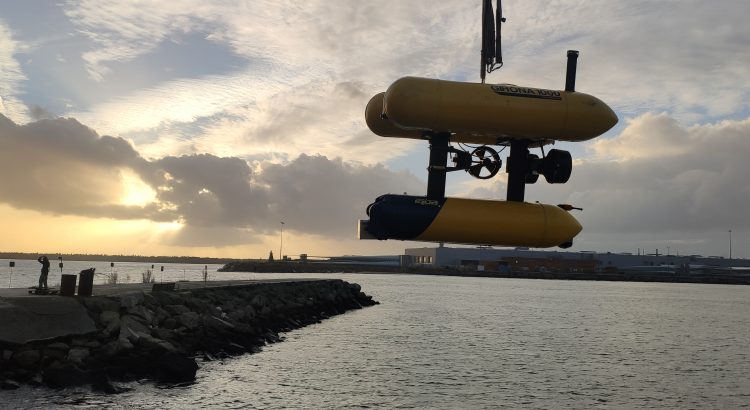 The world’s first offshore wind farm was installed at Vindeby, off the southern coast of Denmark, in 1991. At the time, few believed that this could be more than a demonstration project. Thirty years later, offshore wind power is a large-scale, mature technology that provides power to millions of people around the world. New facilities have large capacity factors and costs have been steadily declining over the past ten years.

The deployment of offshore wind energy is at the core of delivering the European Green Deal. The installed offshore wind capacity in the EU was 14.6 GW in 2021 and is set to increase by at least 25 times by 2030, using the vast potential of the 5 EU sea basins.

The future of renewable energies is, thereby, at sea and all the current focus are in the development of technologies that can be operative in the short run, diminishing the dependence on common energy sources up to the date and with the smallest impact in the environment.

Last week, a team of IQUA robotics was in Viana do Castelo (Portugal) testing the technologies developed in the framework of the project in the pilot structure build on that purpose. Most of those technologies will be tested in real environment in the open sea on 2023. In this occasion, IQUA developed a payload used in the testing platform of the University of Girona, Girona 1000 AUV.

The focus of the tests was the autonomous close-range navigation and inspection of the floating structure. The mapping of the structure was performed using the newly developed optoacoustic payload. During the experiments conducted on the site, the vehicle was able to navigate autonomously, and at close range of the structure, while simultaneously building and maintaining an occupancy map, and using it to feed the path-planning algorithm to avoid unexpected obstacles such as small buoys which were present on the site.