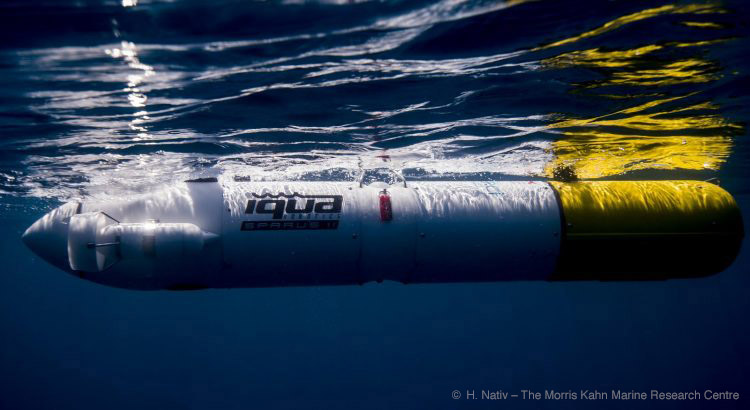 IQUA Robotics started its journey as a University of Girona start up back in October 2016, after 10 years of applied research on marine robotics and applications at CIRS – Underwater Vision and Robotics Lab. On July 2017, the company delivered its first unit of SPARUS II AUV to its final customer, the Department of Marine Technologies, Leon H. Charney School of Marine Sciences at the University of Haifa.

The centre chose SPARUS II AUV for its “small size and easy of deployment, its dedicated payload area and its open source code”. Other assets that made the team decide its purchase were: “the ability to reconfigure the system, its hovering capabilities, as well as its competitive price”. Another value added for the decision making process was that “the SPARUS II AUV, being designed by a university lab, would promote academic collaboration”.

According to the research team, the robot will be used in two main domains: “we are going to use it for research on novel technologies: underwater image enhancement and color reconstruction, underwater high resolution photographic 3D mapping, propulsion, maneuvering, navigation and control and, secondly, it will be used to map important reef ecosystems in the Red Sea and in the Mediterranean, as well as wrecks.”